Oreta Adventures is a locally owned tour and safari operator that specializes in mountain climbing, wildlife safaris, cultural tours, and beach holiday vacations all over Tanzania. We offer a maximum customized and tailor-made itinerary to our clients with the ultimate goal of producing happy and satisfied clients with a lifetime memorable experience about Africa.

Our booking process is just straightforward. Choose your trip, pick the available date, and make the down payments to reserve your spot – Done! That’s it!

Our accommodation partners are handpicked. We never book your room in an unknown hotel because we know how important accommodation is to our customers when traveling abroad.

Only the best options for Mount Kilimanjaro. We believe if people come to Mount Kilimanjaro, they are coming to summit the peak of the highest mountain in Africa and not just to visit. It is for this reason that we the longer Kilimanjaro trek. You can check out the options here.

These are the foundation of Oreta Adventures; you (the customer) and we,( the company). This is always true to us that there is no way we could exist without the people like you who love traveling to our beautiful country and are willing to pick us, out of hundreds of thousands of operators who sell trips to Tanzania! Every time we think of the core members, you are always the number one, and our promise you guys? is to make you happy always.

We know what it means to pay the full amount of money to the internet business. You will not do that with us. You only pay an upfront little amount to guarantee your trip and you will decide later on if you want to finalize the payments on ARRIVAL by CASH or TWO WEEKS BEFORE ARRIVAL by debit CARD.

All our mountain guides are well trained with certificates for First Aid and Wilderness First Responders from recognized trainers from Denver, Colorado - USA. Our guides check the healthy progress of our customers each day and give advice based on the findings. They know signs of altitude sickness, they know how to deal with it, and so rest assured you will be in safe hands. An oxygen tank is provided for each trip for serious/critical conditions.

Ombeni Lema, commonly known as Lema is the founder and head supervisor of the company. His dream to run a touring company started when he was pursuing his safari guiding training at Roral Institute of Tourism and Hotel Management back in 2008. After he finished his course, job hunting was not easy and he decided to go on the mountain as a porter for some time, the experience which fueled him to re-think and put in action the dream of running a tour company after he learned how porters on the mountain are mistreated.  He remembers very well the day he returned from the mountain after spending good ten days on Kilimanjaro, by Lemosho route with severe cold and end paid half of his wages while he had planned for it even before the trip end.

However, the little education he had then did not help him a lot. He had an opportunity to volunteer in one of ‘after trek tipping ceremonies’ by translating Swahili (Tanzania national language) to English for the clients to understand what the guides and porters were saying to them, and English to the Swahili language for the porters to understand what clients were saying to them. It was then, one of the mountain guides saw him and asked him to volunteer at his orphanage center. It was very fine for Lema to start during the low season since no mountain trips during the time.

In the course of working at the orphanage center, one of the directors of the center from the United States, Dr. Gregory Higgins realized how kids loved him, and he wanted him to work there for a long time. He knew how Lema was talented and when Lema stopped working at the orphanage center, Dr. Gregory Higgins asked him what he wants to do, and Lema said he wants to go to college.

Lema went to Moshi University College of Cooperative and Business Studies and Dr. Gregory paid for his tuition fee for three years. In college, Lema started with a certificate in Accounting and Management course, and for the remaining two years he went for Diploma in Microfinance Management. The courses and the mountain experience were good enough for Lema to Implement his vision of starting the touring company and today, he is happy to take care of Oreta Adventures’ clients as well as porters.

With porters’ mistreatment on the mountain in his mind, Lema has become a KPAP member and makes sure each Kilimanjaro trip Oreta has must be monitored by porters from KPAP to make sure that they are all treated well on the mountain, carries no more than 20kgs, receive the KPAP recommended wages and they have three meals each day while on the mountain.

It is amazing how the passion for nature can grow internally and change a person completely. Renalda went to Majengo primary school when she was a kid. Her secondary school was JK Nyerere for four years. At her secondary school, when she thought about a professional carrier, she believed to be a doctor. Unfortunately, she found herself going for teaching. She got her Bachelor of Art with Education at the University of Dar es Salaam. Before she drops her teaching carrier for secondary schools which she has been doing for the past 10 years, she had an opportunity to visit the USA as a Fulbright foreign language teaching assistant at the University of Florida for one year.

When she returned to Tanzania, she had her first safari trip to Tarangire, Serengeti, and Ngorongoro crater and since then, she fell in love with nature and the beautiful parks the Tanzania country has. After learning for some time, Renalda has become a prominent person in responding to clients’ inquiries and accommodation in general. No doubt that if you write to us, you will meet her through e-mail.

Annyseth Dida a.k.a “Magufuli” joined Oreta in 2017 and since then, he has consistently exceeded the company expectations both in leading the office’s work and ground logistics. With the management skills and business background he has, he has helped the company to excel, and no doubt that the company will go with him for many years to come. Anytime your trek or safari goes smoothly, it is Didas’ behind it. 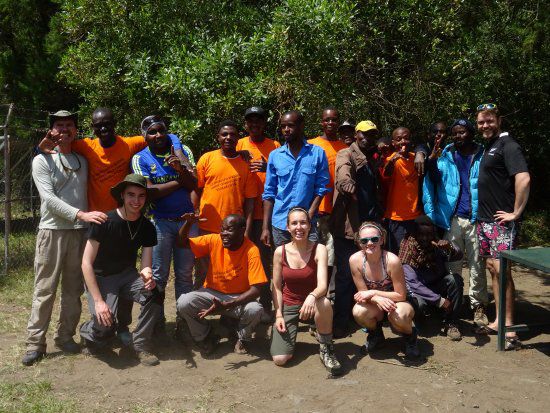 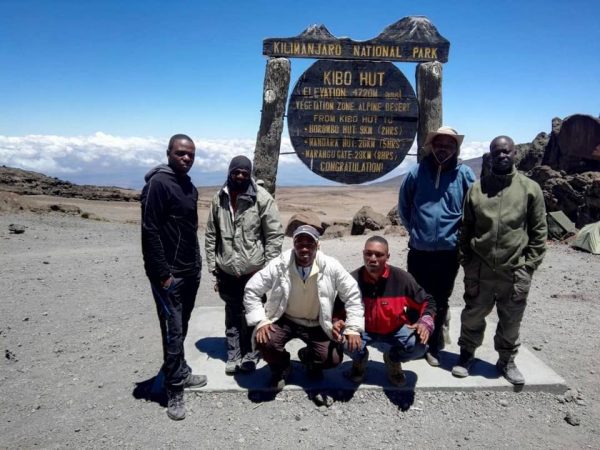 Our booking process is just straightforward. Choose your trip, pick the available date, and make the down payments to reserve your spot – Done! That’s it!